Are you a politician or businessman? Do your friends and colleagues often ask “Are you okay?”, “Have you been embezzling money?” or “How do you feel about human rights violations?”. If you get these questions every day, then you may have Resting Corruption Face.

You might be saying to yourself, “I’m not corrupt! You don’t have tangible proof that would be admissible in a court of law”.  Of course not! Resting Corruption Face (or RCF) is a facial expression that makes it appear as though you’re about to engage in fraudulent or dishonest conduct in order to amasse power or wealth. If this is you, don’t worry. Lots of people who suffer from RCF have gone on to have great lives and careers. Some of them even became world leaders! You can achieve this too, just by trying these simple tricks to prevent your face from foiling all of your plans. 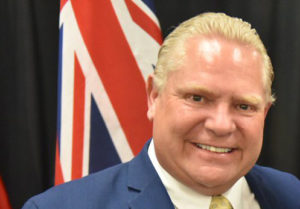 One easy way to avoid Resting Corruption Face is to turn that frown upside down! Instead of greeting your team with an authoritarian glower, try giving them a friendly smile! This may take some keen self awareness. If your Resting Corruption Face is really bad, a smile might only enhance the corruption, causing you to look like a dragon hoarding a pile of gold. Try practicing in the mirror to make sure you’re not narrowing your eyes, or bearing an unnecessary amount of your teeth. Aim for less Gollum, and more Smeagol! 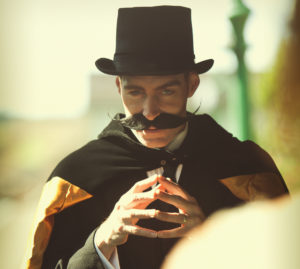 You can’t always change your face, but you can change your actions to counterbalance your naturally evil appearance. For instance, try to avoid tenting your fingers and laughing quietly to yourself.  Avoid using long cigarette holders, or petting hairless cats. Grooming is key, as your moustache may only be emphasizing your grimace. When choosing an outfit, try not to wear dark suits, capes, or the confederate flag. Do you like to express your thoughts and feelings in long soliloquies? Maybe lay off on that for a little while. While none of these things are inherently evil, they do tend to compliment a malicious visage. 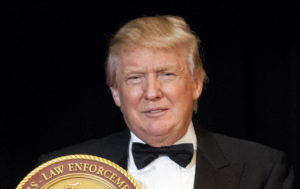 Actions speak louder than words, unless those words technically constitute a hate crime. One way to help offset your RCF is to try and make sure you sound like you’re capable of empathy. Unlike your baby-faced friends, you can’t get away with voicing your dark humours. Be warned, everything you say is going to come out sounding just a shade more maniacal than you intended. If you slip, and accidentally say something that people interpret as heartless, try taking a positive angle. Call things ‘great’ and ‘tremendous’ as often as possible. That’s guaranteed to balance things out.

4) Surround Yourself With The Right People 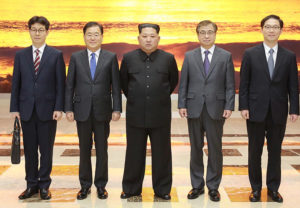 There may be absolutely no evidence that you did anything wrong, but as someone with resting corruption face, people may just assume that you’re involved in something terrible anyway. You can help avoid speculation by keeping company with people that have clean track records, or, if you don’t know any of those, find friends that are even more corrupt looking than you are, so you’ll look better by comparison.

5) Destroy Those That Speak Ill Of You 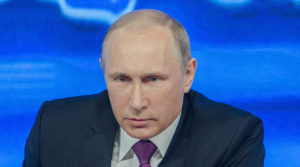 Public perception is everything these days. If you’ve tried everything else on the list, and people still tell you that you look corrupt, then you may have to eliminate them. Killing is the obvious option, but often takes far more effort than is necessary. Instead, try paying them hush money, threatening their livelihood or family, suing them for libel, claiming fake news or engaging in some good old fashioned blackmail. Forcing people to respect and fear you may not fix your Resting Corruption Face, but it’s a time honored method of eliminating any consequences you might have to bear!

Now you have five easy tricks to help soften your look and put peoples suspicion to rest, leaving you free to hit the campaign trail, hold office, become a CEO or make your millions, free of judgement or formal investigation.