Writing is hard. Especially when you’re a columnist. You’re expected to have fresh perspectives every week. Which is why it’s totally understandable that sometimes you hear things on The Big Bang Theory and then mistake them as your own ideas laters. It happens to the best of us, even Margaret Wente of The Globe and Mail. Here are seven times that she accidentally plagiarized Canada’s most watched television comedy, The Big Bang Theory.

In Why are good men so hard to find? Peggy has a hot take on modern dating, but part of what she wrote, she didn’t quote.

Like it or not, women have always been the gatekeepers for sex – not because they don’t like sex, too, but because (no matter what you learned in gender studies) men’s sex drive is innately higher. I learned that back when I was in the Girl Sprouts. You read correctly: Girl Sprouts. My mom made it up as an alternative to the Girl Scouts. She didn’t want me selling cookies on some street corner like a whore.

You probably recognized the last little bit from The Big Bang Theory episode, The Proton Transmogrification. But who said it? 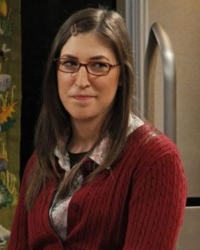 In her column What’s So Scary About Free Speech On Campus? Wente writes:

Here’s the problem. The philosophy of “social justice,” that now prevails on campus is in fundamental conflict with traditional liberal values of truth-seeking. It’s stupid. Meanwhile, I’m exceedingly smart. I graduated college at fourteen. While my brother was getting an STD, I was getting a Ph.D. Penicillin can’t take this away.

Of course, an avid watcher of The Big Bang Theory will recognize that immortal quip from The Colonization Application, while some Globe readers noted that Margaret Wente does not in fact hold a Ph.D.

So who said it first? 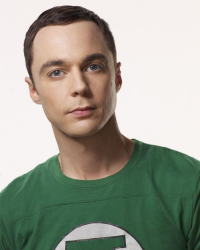 In Equal outcomes have replaced equality of opportunity Wente argues:

The unexamined notion behind the diversity craze is that there is never any conflict between diversity and excellence. On the contrary, it’s widely assumed that the more diverse the team or institution, the better the performance. Well, I’m a Hindu. My religion teaches that if we suffer in this life we are rewarded in the next. Three months at the North Pole with Sheldon and I’m reborn as a well-hung billionaire with wings.

Did you spot it? Keen readers of the Globe and Mail first clued in when they realized that Wente had never professed to being a Hindu before. And also the reference to Sheldon was suspect. That, of course, came from the episode The Monopolar Express. But with the great cultural import the show has come to represent, you can’t blame Wente for peppering in a quote like that without making reference to its origin. 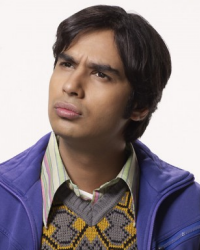 4. “For those of you that were popular in high school…”

Okay, this one’s a bit trickier. A couple years back now, around the time that commencements at Universities were taking place, Margaret Wente published an article entitled “The Graduation Transmission,” which critics pointed out the column bears the exact name of an episode of The Big Bang Theory that aired in 2015 in which one of the characters gives a commencement address at their old school. It was a tear jerker. So it’s probably okay that Margaret Wente apparently saw the show, remembered the speech verbatim, and then forgot about ever having watched the episode, then typed out the whole commencement address and gave it to a professional editor who didn’t once question it.

Maybe you never fit in. Or maybe you were the smallest kid in the school. Or the heaviest. Or the weirdest. Maybe you’re graduating and you still haven’t even had your first kiss. By the way, nineteen, and Geraldine Coco, wherever you are, thank you. Maybe you don’t have any friends, and guess what, that’s okay. While all the popular kids are off doing whatever – I don’t know what they’re doing because I was never there. My point is, while you’re spending all this time on your own, building computers or practicing your cello, what you’re really doing is becoming interesting. When people finally do notice you, they’re gonna find someone a lot cooler than they thought. And for those of you that were popular in high school, it’s over, sorry. Thank you. Congratulations.

Phew! What a delightful mouthful from the pen of Margaret Wente. Good thing she didn’t have to submit her final essay to TurnItIn.com, huh? 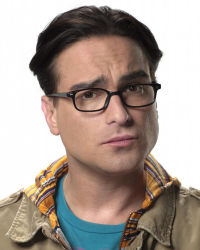 In “I’m an adult. Stop nudging me!” Wente takes a swing at behavioural economics, writing…

Maybe you think all this is a great breakthrough in social policy-making. Or maybe you think there’s something faintly creepy about a behavioural insights team. But if it’s “creepy” to use the Internet, military satellites, and robot aircraft to find a house full of gorgeous young models so I can drop in on them unexpected, then fine, I’m “creepy.”

Although it may or may not be true that Margaret Wente uses state-of-the-art technology to spy on unsuspecting, beautiful women, she absolutely does share that quote with one of The Big Bang Theory’s favourite characters, as said in the episode, The Panty Piñata Polarization. 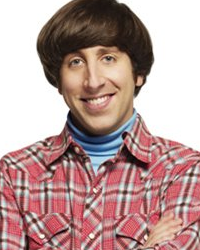 6. “Who even reads Scientific American?”

The gender gap in engineering and math is old news by now. That’s according to Scientific American. But I mean, who even reads Scientific American? If it’s such a big deal, how come the biggest celebrity they could get for the cover is a molecule?

That jab at Scientific American originally came from the delightfully attractive mouth of one of BBT’s hottest characters from the episode, The Leftover Thermalization. And to be completely fair to Margaret Wente, of all the characters on the Big Bang Theory, this character looks the most like Margaret Wente. So perhaps she just got confused that it was actually her talking through the television screen at herself, and decided to use that quote, accidentally taking credit for it based on mistaken self-identity.

Look, if that show has taught us anything, it’s that, sometimes, blonde women get confused. 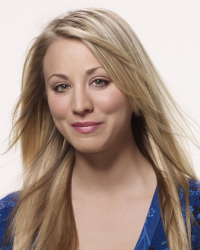 I don’t even think this should count as plagiarism. It’s been Wente’s trademark way of ending every single one of columns since late 2007. Everyone loves “Bazinga!”. It wouldn’t be one of Margaret Wente’s scathing editorial diatribes if she didn’t make a particularly acerbic bon mot and then end it with a triumphant “BAZINGA!” But, technically, since she’s been using it without citing it, or even using quotation marks, yeah, I guess it’s plagiarism. But that’s like saying using Shakespeare or the Bible is plagiarism. I’m on your side, Peggy. Bazinga is woven into our cultural fabric.

There! I said it too!

So please do not interpret these clear, honest mistakes on Margaret Wente’s part as a sign that she should cease writing professionally. She’s honestly a very good writer, and makes some stirring commentary. She just happens to use the Big Bang Theory every so often, just as everyone else does in causal parlance. That doesn’t sully the reputation of The Globe and Mail, nor does it make her an irresponsible columnist. It makes her human. So please don’t fire her. That would make most of Canada cry. But perhaps we shouldn’t. As Wente says, “That’s no reason to cry. One cries because one is sad. For example, I cry because others are stupid, and that makes me sad… Bazinga!“