The internet is LOSING ITS MIND over this video that drives you insane if you watch it - The Beaverton
Entertainment
May 1, 2018 by Alexander Saxton ( @ )

Show of hands, who here remembers ‘The Dress’? (Which was definitely blue and black, by the way- don’t @me) Well, now there’s something that’s going to drive you even more insane.

This video that makes your brain crazy forever when you watch even part of it:

OMG. WTF did I just watch. Who else here lost their shit over the part with the Daughter of Locusts??? 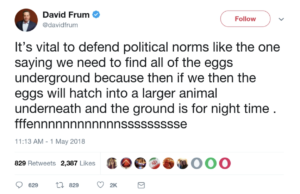 Loooooooool. This is getting way out of hand, guys.

#TheVideo has already gotten more views than Gangnam Style, and seems like it’s poised to unseat Despacito as the most watched video of all time I don’t know what happened to the cat it was sick and then it opened up and it was full of eggs and the tiny men whispered that I needed to cook the eggs but it was bad because other tiny men came out of the eggs and I didn’t want to eat them but the tiny men said I had to and then I ate them all up and they hurt me under the ground and when I went to sleep the locusts came out of my belly button and they went up to the sun and all of the sun went away and the man in the sky said it was time for him to make a baby with the locusts and they had a baby together and I didn’t like the baby because she wanted to live in my bones as a house but I said no but she went into my bones anyway and now she hates me from my bones and she never stops singing and I can’t get the song out of my bones and maybe if I take out all of my bones the daughter and I can live together and get married and Ii i i i Ii ii

Honestly, this is the biggest thing that has happened since Gigi Hadid’s underarms.